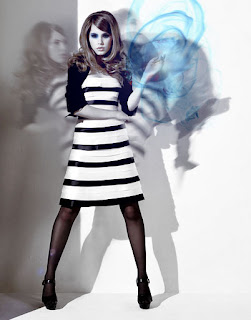 Azria were an evil sorceress, not very powerful but with a incredible potential. She managed to capture innocents to create a powerful ritual. Anya investigated about these missing people. She found her and fought her.
The sorceress was not powerful enough to stand against Anya but she tried to achieve the ritual. Anya saved the innocents and the ritual took the sorceress life.
The ritual attracted attention of an ancient evil goddess. She gave her a lot of powers. She is still tied to the living world, and cannot pass on the ineffable afterworld. She became a wraith. She became Azria avatar of this unknown ancient goddess. This goddess asks her to scarify powerful being to feed her.
Azria has only one way to be reincarnated, she needs to take Anya’s body and scarify Anya’s soul to her ancient goddess.
She looks like a young woman. She is 1.57 m (5ft 1.5"), slim and nice body. Her measurements are 82B-58-82 (32B-23-32). Her weight is unknown.
She feeds on energy of emotions, passions, dreams and feelings of mortal and meta humans.

She uses the dark energy of wraith. 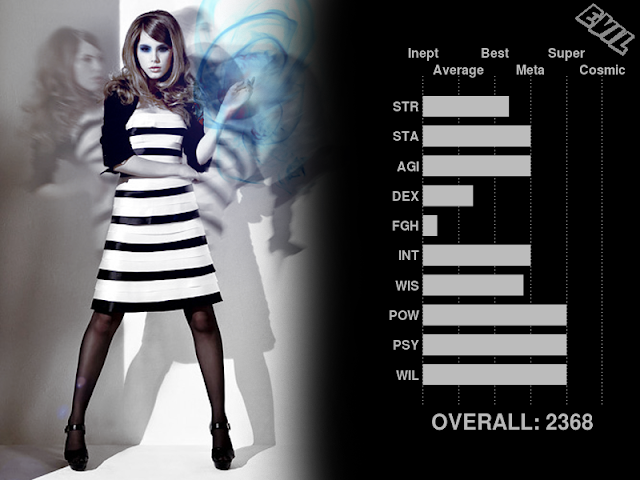 - She can temporarily hides herself in shadows.
- She can use teleport herself from a dreamer to a dreamer.

- She can manipulates and modify dreams.
- She can strengthen or inspire emotion with her sensual voice. She can fill a victim with a completely overwhelming emotion but she also feels a part of this emotion.
- She can uses dark blue flames to damage her opponent or drain his strength or life away. She can steal another’s life with a touch. It is a very painful ability.
- She can apply force to an object to move it. With this form of telekinesis, she can move object up to 5 tons.
- She can increase or decrease gravity. She can fly or she can crush her opponent onto the ground.
- She can use a machine or an object as a temporary body.
- She can manipulates and shapes nonliving material she touched during 3 days.
- She can enters in a body and takes almost complete control over a host.
- She can create detailed, highly-convincing illusions.
- She can heal her body. If she is destroyed she returns to one of her fetters*.
- She can manipulate distance and time on a limited basis. She moves very fast (like in Matrix but faster)
- She can focus her dark energy to gain extra strength.
- She can shift in intangible form. Only electricity, blessed weapon, or energy like her dark flames can affect her in this form.
- She can pull objects together to form a body to create a loyal temporary soldier. (20th stronger and faster than an athletic man).
- She can wipe pieces of memory from mind and rewrite them.
- She can create sounds and images in a mind. She uses this abilities to influence or distract her opponent.
-She can overwhelm mind's victim with illusions, which is infamous for destroying the minds of its victims. She has to touch your head with a finger. Concentrating her dark energy into her finger to literally destroy her opponent's mind. Once used, it sends various nightmare illusions directly created by the opponent's brain; he or she is trapped within an illusion that is almost indistinguishable from reality. Strongest mind are very weakened, ordinary minds are simply destroyed. Each time she uses this technique, she has a chance to be suffering from her own attack.
- She can reshape and manipulate dreams.
- Due her undead nature, she does not age and she is immunized against diseases, poisons, and drugs. 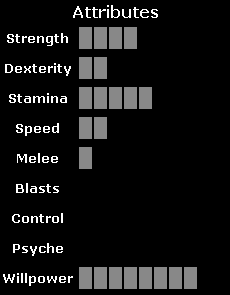 - She can create servants. She weakens her future servants’ mind. She overwhelms their body and mind with her dark energy then she alters their body and mind for good. They become loyal undead servants until they are destroyed or she decides to abandon them. They have the strength of 5 men, they are 5th faster than an athletic man and they are very resistant. They are totally controlled.
(Servant's attributes =>)


- She is repulsed by blessed artifact and powerful blessed object.
- Blessed water weakens her.
- Electricity field can paralyze and give her pain.
- She can be controlled or neutralized, if someone finds one of her fetters. She hides her fetters, but it seems Anya owns one.
- With powerful psychic or with magic powers, you can influence her using her servants.