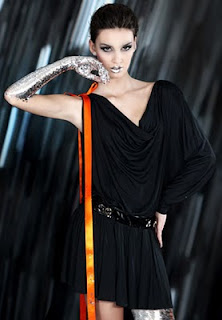 
Ana Medjev was a devoted wife. Her husband was an artist and blacksmith. A night, Jessica killed her husband to recover her energy to fight Anya. She was overwhelmed by sadness and pain. She ran deep in a dark forest as she fled from the 2 power girls who continued to fight in her garden.

She waked up in an old half destroyed church. In front of her, she found a strange chest. When she touched chest, she freed an ancient evil sorceress spirit ... Her tormented soul and the powerful sorceress soul merged. She became a new entity ... Metallia.

Metallia wants to take revenge on Anya and Jessica and all heroines and villainesses … Their endless fight killed her husband. She hates Jessica and Anya. She is a cruel judge, torturer and executioner.

She is anger and lustful sorceress. She likes to hunt, capture, humiliate and torment heroines and villainesses. Finally she turns her prey into a metallic statue. Victim’s spirit slowly accepts to become a statue. During the process she consumes victim’s soul to feed her power. At the end, her victim becomes a lifeless statue for ever. 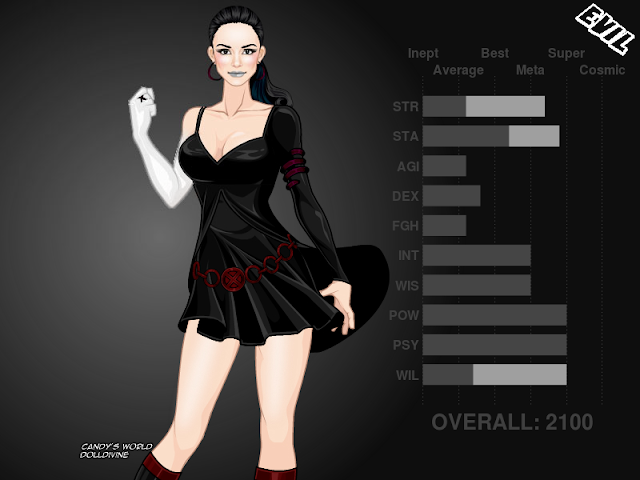 
Metalia received the power of pyrokinesis after the Steam Twins disappeared. She can create fire and she is immunized to fire and its consequences. She can heat metal to melt it, consume oxygen enough to nearly suffocate, but she don’t have any discomfort from the heat or lack of oxygen. She can throw fireballs, conjure large flames to launch them in directed and continuous streams, conjure walls of fire, weapons of fire, sphere of fire around her or someone, … She controls the heat of her fire or flames. She can ignite her whole body on fire and fires flames or explosive fireballs all around her.

Roleplaying:
There are few secrets to find about her. Consider this description above is a web site written by someone who knows or fought her. Metallia is free to be played or used to fight Anya.
at Thursday, January 21, 2010