Ying Mai was an Chinese mercenary. She was hired to hunt and capture Reiko23.

She is now Purple Assassin (and replace the former Purple Shadow destroyed during the Azria's Evil Plan story). She accepted to become a robot and now she serves Reiko23 (short story).

She is a martial art mistress : nunjistu, kungfu, karate, jujitsu, …

Copycat: She can perfectly replicate any physical motion that she has saw. She can use any of her foe martial skills instead hers.

Invisibility: She becomes invisible to all specter infra red to uv.

Phasing : She can pass through matter.

Enhanced capabilities:
- agility(she can jump on a building or run on a wall)
- strength (she can lift 5 tons)
- stamina (she can fight during 2 weeks without a pause)
- speed (up to sound speed)
- reflexes (she can catch 4 bullets with her fingers in same time)
- balance (she can run on a cable during a storm)
- durability (a grenade just tickle her)
- eye sight (night vision, zoom x 20)
- immune system (against virus).
- enhanced hearing (she can isolate particular sounds and she can hear other’s thoughts)
- auto repair nanites (Reiko granted her body with nanomachine to self repair her body)

Her sword: She uses a magical sword with a energy blade : fire, ice, wind, electricity, emp, shadow, poison, … She imbues her blade with any energy. Her sword can replicate, absorb and generate any energy. 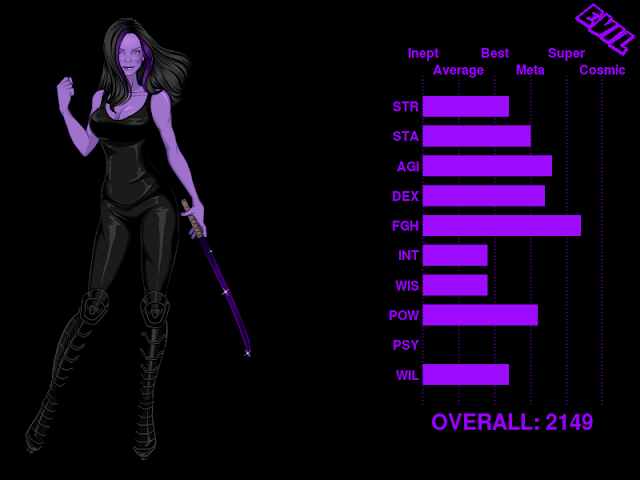